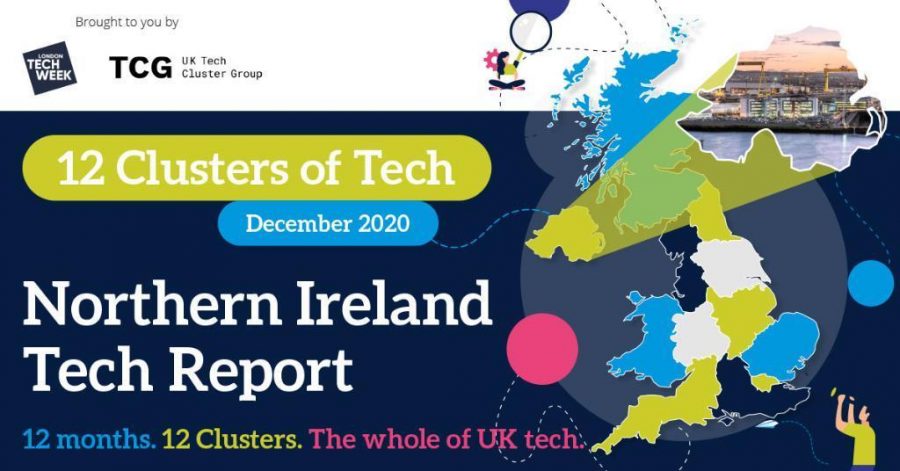 Axial3D has been featured in The ‘12 Clusters of Tech’ report - an initiative that highlights and promotes the best businesses, innovators and thinkers operating in all corners of the UK. The UK Tech Cluster Group (UKTCG) and London Tech Week have partnered to launch a new national campaign to champion leading clusters of UK technology, mapping the best of the country's startups, SMEs and the established bigger companies which together form the engine room of Britain’s booming tech sector.

From space tech in the South West to cybersecurity in Northern Ireland, 12 Clusters of Tech charts the companies, sectors and case studies that make up the entire UK tech landscape. The third report in the series features Northern Ireland, and of course, Axial3D!

The report on Northern Ireland covers:

• An overview of the tech landscape in Northern Ireland

• Ones to Watch (uncover the rising stars…)

• Deep dive into the region’s cluster hotspots including Health, Fintech and Cyber

“From exciting startups to established employment powerhouses, there is a lot to be proud of across our ecosystems and we will be telling the story by putting businesses in the spotlight.”

London Tech Week Festival Director, Suzy Pallett, said: “London Tech Week has always been about celebrating the very best of UK tech and we believe this initiative will take our understanding of what this country has to offer a stage further.

“If you’re interested in the north, the south, the east or the west we’ll have it covered showing the very best in innovation and highlighting hotspots of tech specialism across the different regions.”

This work will also become a unique resource for investors, the media, tech stakeholders and other groups who have an interest, vested or otherwise, in tech enterprise.

Up Next: Axial3D recognized with Innovator Award for COVID-19 response

On the 14th June 2021, we were lucky to have the opportunity to sit with a friend of the company…