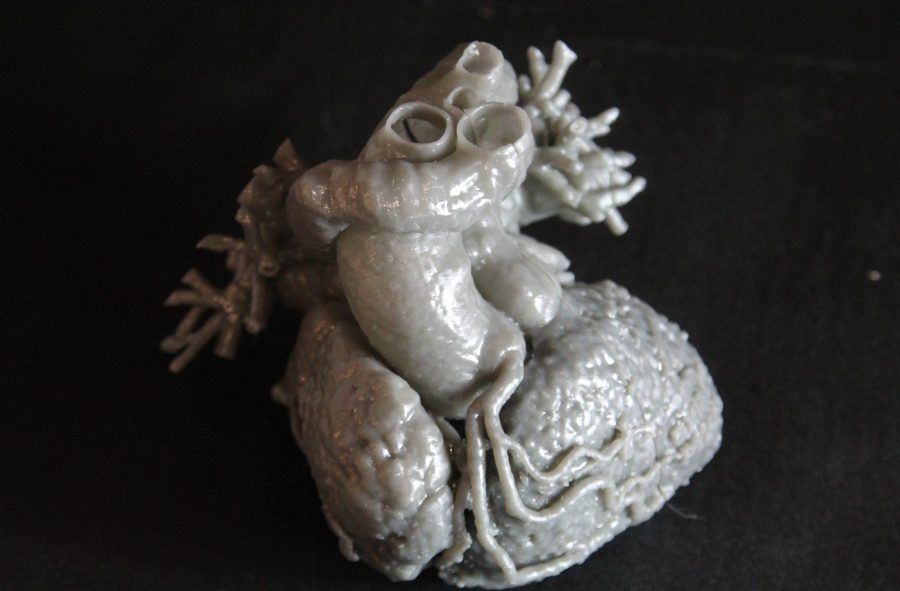 A male patient who had traveled to the UK from Syria presented with a complex form of congenital heart disease - double inlet left ventricle, with transposed great vessels and pulmonary atresia. There was a degree of left atrio-ventricular valve atresia. He was status post initially aorto-pulmonary shunt, with subsequent take down and creation of a bi-directional cavo-pulmonary (BCPC) anastomosis and banding of the right pulmonary artery (RPA) distal to the BCPC. The patient then underwent redo-sternotomy with de-banding of the RPA and ligation of a left-sided superior cava. It was assumed that an atrial septectomy had been performed, although the team did not have evidence of this from the operation note.

He presented significantly cyanosed with exercise intolerance. Following extensive diagnostic work-up, the hospital felt he was very much borderline for completion of his cavo-pulmonary connection as his BCPC pressure was high at 15mmHg. The surgical team felt that it was unlikely he could tolerate completion as his pulmonary arteries were under-developed; and also felt there was significant bleeding risk due to multiple collateral vessels having developed. It was planned to stent the RPA and possibly the RVOT.

The patient, however, presented more unwell and progressively cyanosed, with evidence of pulmonary venous congestion on chest x-ray and raised left ventricular end-diastolic pressure at catheterization. Transthoracic echo was challenging given a chest wall deformity and whilst it appeared there may have been a small ASD, it was difficult to accurately visualize. Therefore a 3D model was requested. This was critical in understanding the complex anatomy and in particular, confirmed that the atrial septum was probably restrictive.

The digital thread from traditional image to 3D printed anatomy was under 24 hours, drastically reduced from the current market norm, meaning it can now be used for any pathology.

This provided a greater understanding of the specific anatomy for everyone involved in the patient's care. Meaning the surgeon was able to prepare everything required for surgery and know the exact extent of the patient's deformity. It was also utilized to explain the operation to the family and the exact reason for their son's fatigue.

The patient, under light sedation and transthoracic echo guidance, underwent a septal puncture and septostomy using a 25mm cristal balloon without complication. His saturations rose from 52% at the start of the procedure to 77% at the end. This improvement has been sustained at 3 months with a complete resolution of the pulmonary venous congestion on X-ray.

The model was critical in understanding the complex anatomy, planning and carrying out the transcatheter balloon septostomy procure; and also in explaining the procedure to this patient and his family.

By platforming on AWS, Axial3D is helping to transform surgery by providing previously unavailable insights to clinicians for pre-operative planning across the world. Axial3D achieves this by creating highly accurate 3D printed models of specific parts of the patient's own anatomy, that allow clinicians to better prepare for surgery. This results in better clinical outcomes for patients, reduced time and costs for the surgery and patients who are much better informed about their condition and the proposed surgery.

AWS has enabled Axial3D to transform the process of creating and delivering a 3D printed model within 24-48 hours, a task that previously would have taken 6 to 8 weeks. New customers can be added seamlessly, with little, if any, involvement required from their IT infrastructure team, so even first-time customers are able to get straight to ordering anatomical models without previously typical set up related delays.

Up next: Accurately depicting a severe mitral annular calcification with 3D printing