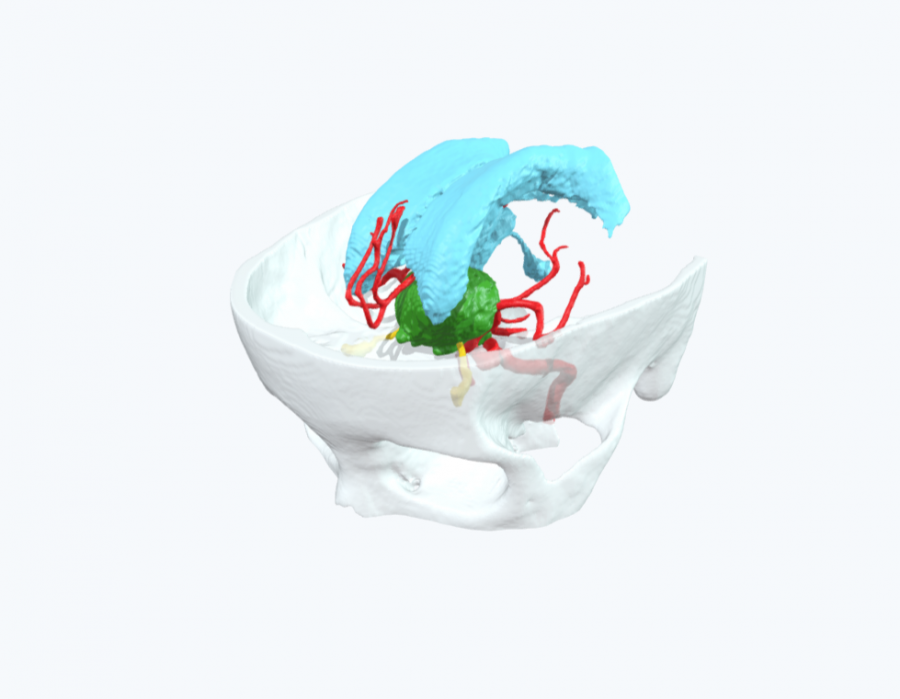 A 70-year-old lady presented with loss of peripheral vision, and while she was still able to do day to day activities, her primary care doctor wanted to get a closer look at what was causing the problem. An MRI scan identified a brain tumor, and her case was immediately transferred to the neurology department for further analysis.

This type of tumor would usually be removed in a routine procedure, but while reviewing the MRI scans her physician could see that this tumor was different from the others he had operated on. It had grown much larger than a typical pituitary tumor that the department would usually see, casting some doubt over the planned procedure. The physician ordered a 3D visualization and anatomical model of the patient’s brain and tumor ahead of her next pre-operative consultation to better understand the tumor’s relationship to key anatomical structures. A move that would prove invaluable in changing the course of the patient’s treatment. 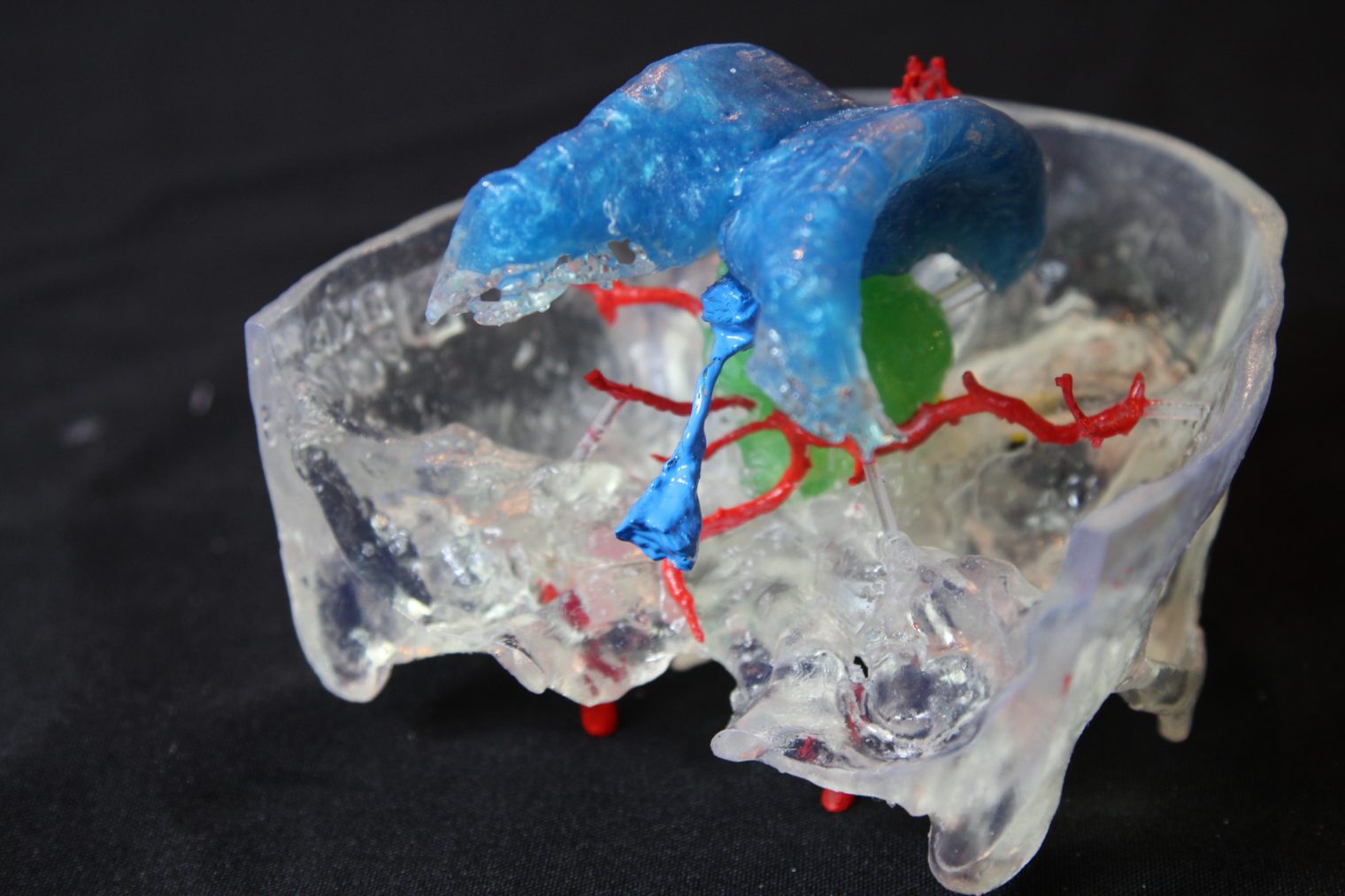 When the 3D model arrived on the physician’s desk, it confirmed his suspicions that the tumor had grown much larger than normal, in fact, it had grown so large that it had encased the optic nerves. The original plan to resect the tumor was now deemed too dangerous to proceed, and the team needed to go back to the drawing board to find a safer option.

Using the 3D model, the physician explained to the patient the reasons for not proceeding with the original operation as planned. He was able to clearly show how both optic nerves and the entire optic chiasm were encased by the tumor in a way she could understand.

A less invasive option using radiation was planned, and the physician had confidence that this approach would preserve and even help her vision to get better with time.

The 3D model not only fundamentally changed the plan for surgery, avoiding the risk of making her vision worse with a complex and lengthy surgery, but also in relaying this information to his patient so she could fully understand each stage of her treatment and could consent to the new treatment plan.

Experience Axial3D for yourself

The Case William Golden Sr., 44, had been to the Emergency Room several times, suffering from…

A real use-case of how a 3D printed model adds value within clinical discussions, providing…