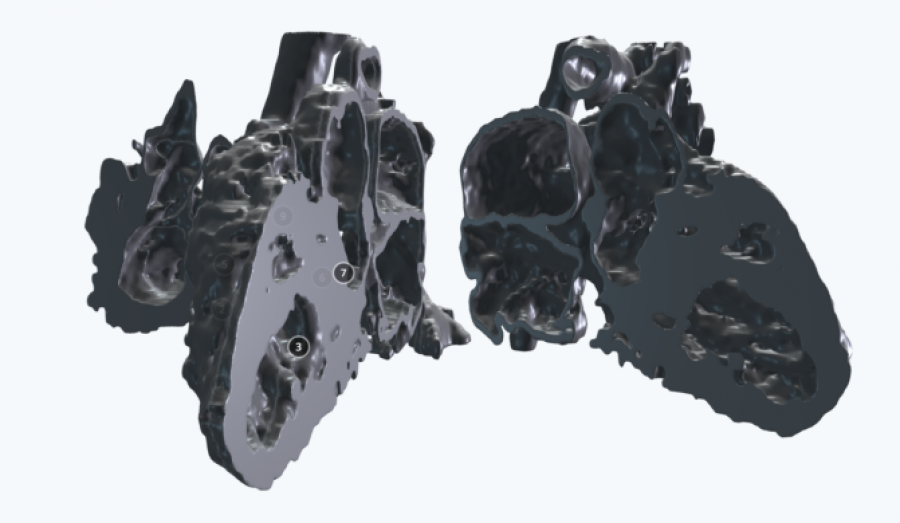 Babies born with double outlet right ventricle (DORV) also present with VSD. With conventional 2D imaging, it can almost be impossible for clinicians to identify a second VSD, usually due to the complex angles and that a VSD is usually hidden behind larger structures.

With the 3D model, the clinician identified the second VSD and defined a plan to correct the two VSDs in one surgery. This removed the need for a secondary procedure entirely, as the surgeon was able to patch both at the same time.

This approach transformed the patient’s care, as if they had to carry out a second surgery the patient would have to go on bypass for a second time, which the team wanted to avoid at all costs. Further, the patient spent a lot less time in theater and in recovery, and by removing the need for the second procedure, the freed up theater slot could be used to treat another patient.

Additionally, the knowledge gained regarding the second VSD helped the surgeon to identify the same issue on another patient. He was able to locate the hidden VSD and plan for patching both in one surgical procedure.

Up next: Supporting faster and safer cardiac valve replacement with 3D modeling

Axial3D makes it easy for you to access patient-specific 3D printed models. We can create and ship a 3D printed model from your 2D CT or MRI images within 48 hours – allowing you to focus on what matters most, your patients.

No surgery comes without risk, but some procedures will naturally carry an increased level of risk…

The Case In this case, a 58-year-old man suffering from aortic stenosis and recessive right…