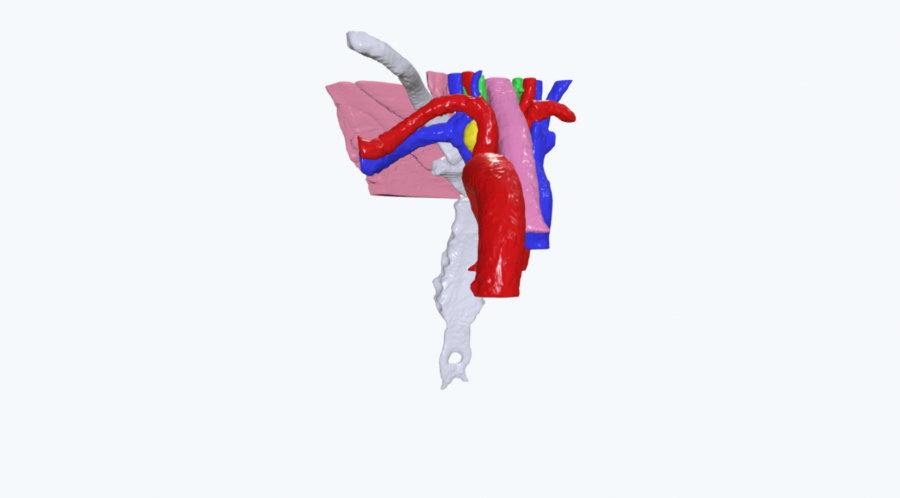 The patient presented with renal failure, requiring an urgent transplant, however, to add to the complications, he was also suffering from a severe case of hyperparathyroidism - an enlargement of one of the parathyroid glands which cause hypercalcemia (high levels of calcium in the blood). This resulted in the over-calcifying and hardening of vessels in the patient.

If the kidney transplant were to be carried out with the parathyroid still overproducing calcium, the kidney would be rejected, resulting in renal failure, and more suffering for the patient - a recipe for a serious life-threatening situation.

Ahead of the patient becoming eligible for transplant, the surgeons made a plan for the parathyroid gland to be removed to bring the calcium levels back to a normal level.

Over-activity of the parathyroid glands can lead to higher than usual calcium levels in the blood, which left untreated, can lead to osteoporosis and bone pain, muscle weakness, kidney stones, and other complications.

In this case, the gland was severely enlarged and was situated between 2 vital vascular structures, the aorta, and vena cava. It also had a complex array of anatomy overlaid on top, meaning the trajectory to the gland was extremely difficult to visualize. Because of the location of the gland, two surgeries to remove it were unsuccessful as the surgeons were unable to locate the gland safely for removal. As these anatomical structures are located in a small space within the patient’s neck, clinicians rely on technology to provide them with pinpoint accuracy and detailed levels of insight prior to operating.

Until the hypercalcemia was brought under control, the patient was unable to qualify for a kidney transplant. The timely removal of the gland proved critical to the patient’s ability to receive a donor's kidney.

The parathyroid glands (as seen above in yellow) are normally about the size of a single lentil and are located in your neck. 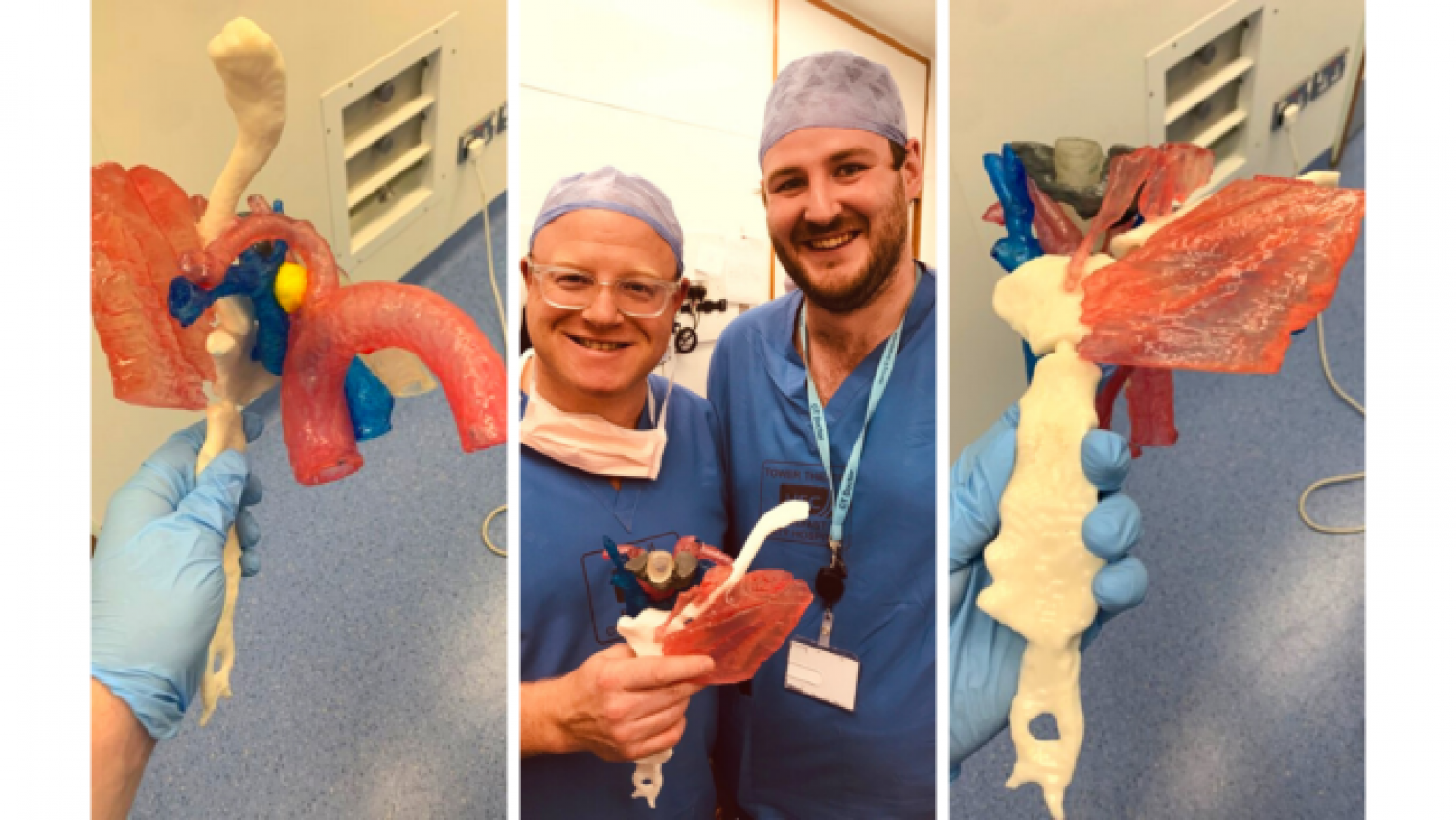 Prior to conducting a third procedure to remove the gland, a 3D printed model of the patient’s anatomy was requested in order to give the insight required to enable the clinical team to safely locate and excise the gland. The model, printed at a 1:1 scale, proved invaluable to the team in planning for the third surgery and in gaining consent from the patient to proceed.

The 3D printed model was also used intraoperatively to guide the team on their third attempt in locating and removing the gland. The ability to align the model next to the patient during surgery proved critical for the clinical team in getting a clearer understanding of the location of the gland in relation to the vital anatomy inside the patient’s neck. At the request of the surgeon, the enlarged parathyroid gland was contrasted in yellow to help it stand out against the rest of the anatomy, while the scapula was printed in white standard resin, mimicking bony anatomy.

In this case, having access to the 3D printed model enabled:

Dr. Brown said, “When it comes to ordering a 3D model from Axial3D, there is no heavy lifting at all. I take anonymized patient data and I send it through to axial3D with a couple of clicks of a button. A few days later, there's a delivery with a beautiful life-size, 3D representation model, which I can then take to plan and treat a patient with. From my perspective, it's as easy as sending an email, which we do hundreds of times a day. ”

Having access to the 3D printed model, the third attempt to locate and excise the enlarged parathyroid gland was a success. The insight provided by the model in planning stages, and intraoperatively, enabled the clinical team to safely remove the gland in just 20 minutes. A standard parathyroid operation can typically take 3.5 to 4 hours but may take as long as 8 hours. In this case, having the 3D model to hand reduced this timeframe significantly and aided a successful procedure.

Do you have a complicated patient case? What could we 3D print for your speciality? Find out if you’re eligible for a free patient-specific 3D printed model of your next patient case.

The Case A dialysis-dependent, 22-year-old female with end-stage kidney failure secondary to reflux…

Case When a patient presented with a prostate lesion, his surgeon wanted a clearer picture of the…