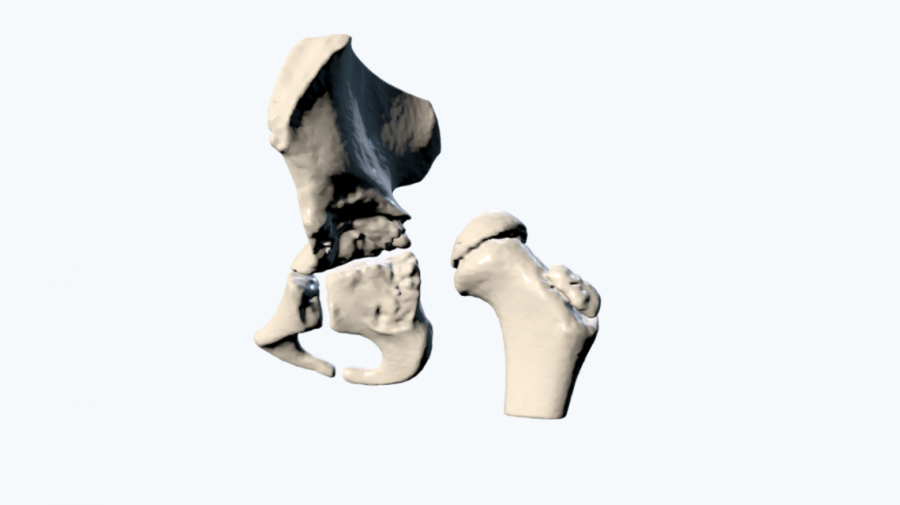 A physical 3D printed model was used to help plan reconstruction of the acetabulum using a section of the patient’s iliac crest. The model provided a much greater impression of the femoral head & acetabular surface.

A six-year-old patient presented with a late presentation of a right dysplastic left hip. Investigations showed the hip was not dislocated but contained within a very high volume socket. At the time he had undergone multiple surgeries for containment but still had a high volume acetabulum. Given the complexity of the pathology and surrounding anatomy additional information was required.

The surgeon was provided with a 1:1 scale physical 3D model of the patient’s pelvis along with their proximal femur to show the exact size and shape of the eroded socket as well the articulating surface on the femoral head. 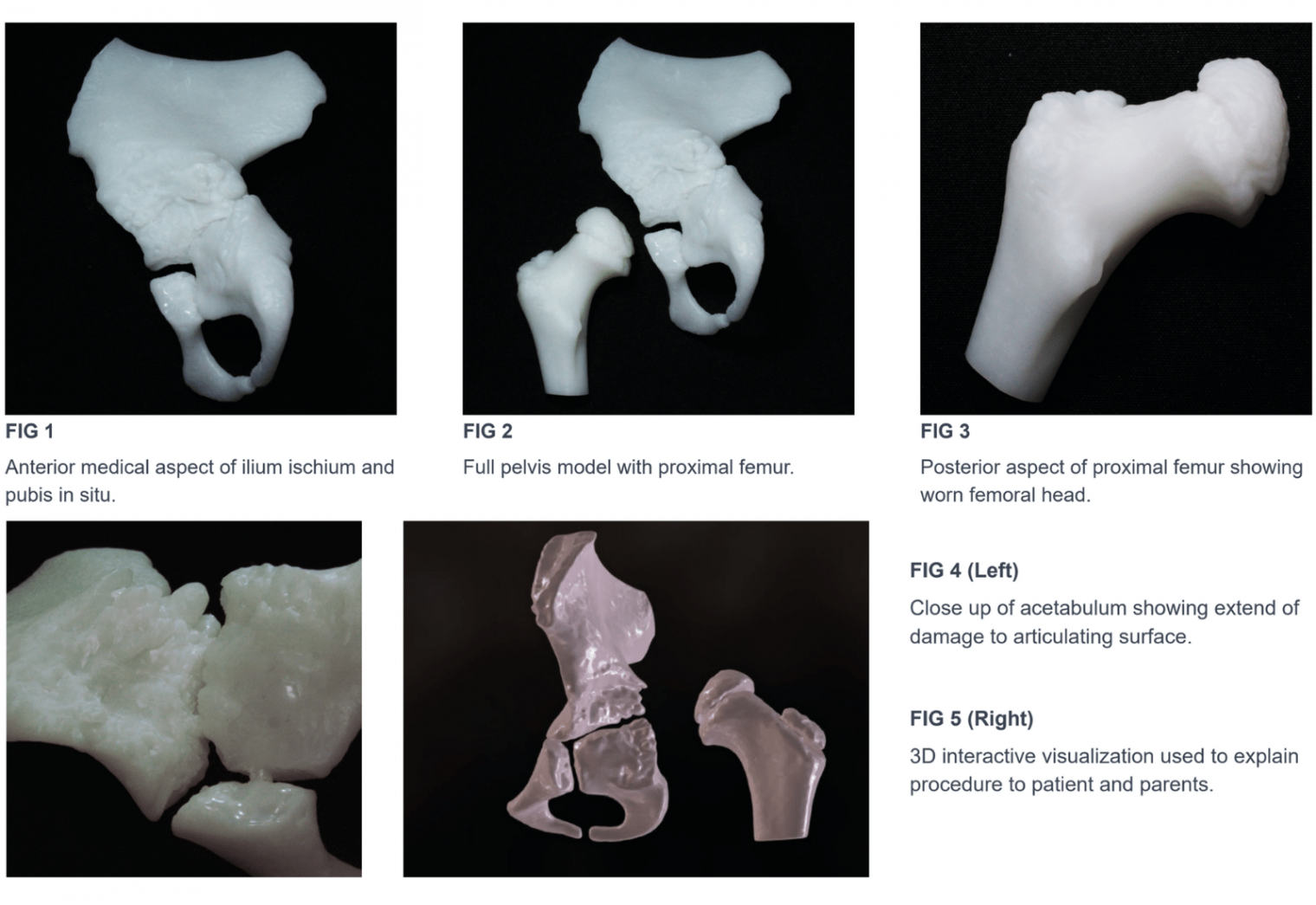 "The impression of the femoral head and acetabular articulation was enhanced greatly by the manufacturer of the 3D print which helped in terms of surgical planning. We were able to perform our osteotomy in the correct position giving us maximum coverage in what was quite a difficult surgical decision and the model helped us a great deal in getting the optimal correction."

The physical 3D model offered a much better understanding of the articulating surfaces within the patient and allowed for a more accurate diagnosis of the patient's pathology. With the physical 3D model it was discovered that there was damage to not only the acetabulum but also the femoral head through frictional wear.

Using the physical 3D printed model to assess the patient's anatomy outside of the body and on 1:1 scale, the surgeon could properly assess the patient’s pathology. Allowing for the artificial articulation of the joint to fully assess the extent of the damage. This led to a much greater understanding of the pathology and eventual pre-operative insight not available with conventional imaging.

Up next: Pediatric radial deformity

Case Shoulder anatomy is one of the most complex areas within the body. With multiple overlapping…