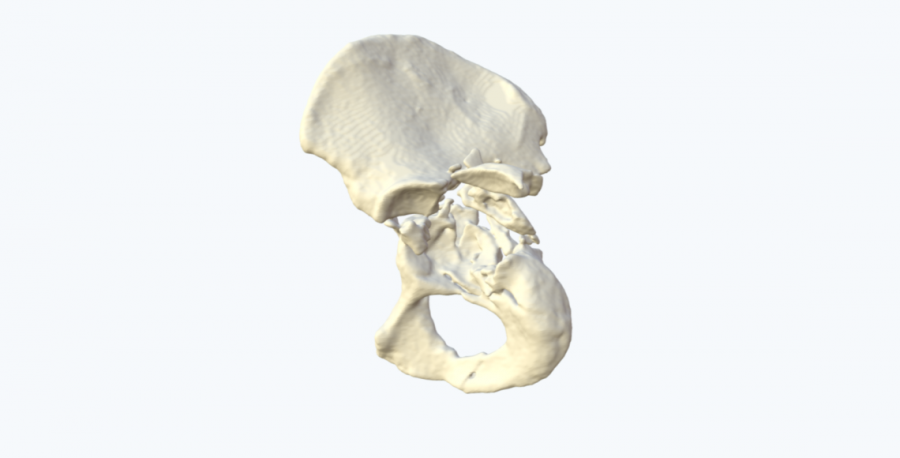 A patient presented with severe trauma following a motorcycle accident which resulted in an associated both column fracture of the acetabulum. Due to the severity and comminution of the fracture, 2D imaging did not convey the full extent of the fracture pattern and fragment location. This made it difficult to conceptualize the pathology. The severity of the injury necessitated a higher level of insight.

A physical, 1:1 scale 3D printed model of the patient’s pelvis provided additional insight into the severe injury beyond what was possible by viewing traditional 2D patient scans alone. The model helped the surgical team determine the optimum treatment plan.

With access to the 3D printed model the clinical team came to the consensus that the original plan was to change from a posterior approach to a dual anterior and posterior approach. This was concluded following the difficulty in visualizing the entirety of the fracture pattern, including fragment location that was not seen from the 2D images.

The model allowed the trauma team to gain a much greater insight into the patient’s pathology. With access to the 3D printed model, the optimum surgical treatment was determined; significantly reducing the surgery time and improving patient outcome following this severe fracture.

“Due to the high comminution of the fracture it was difficult to appreciate from the plain x-rays and CT scans where all the fragments belonged. In this case, the 3D model allowed us to identify a fragment, which was displaced and locked in the anterior aspect of the acetabulum but belonged to the posterior wall of the acetabulum. This allowed the team to confidently plan our surgical approach, resulting in a dual anterior and posterior approach. Without the knowledge obtained from the 3D model we would have planned a single posterior approach and the surgical reduction would not have been possible as a result this saved significant operative time.”

The medical 3D model used for this case resulted in the following benefits: Improved patient…