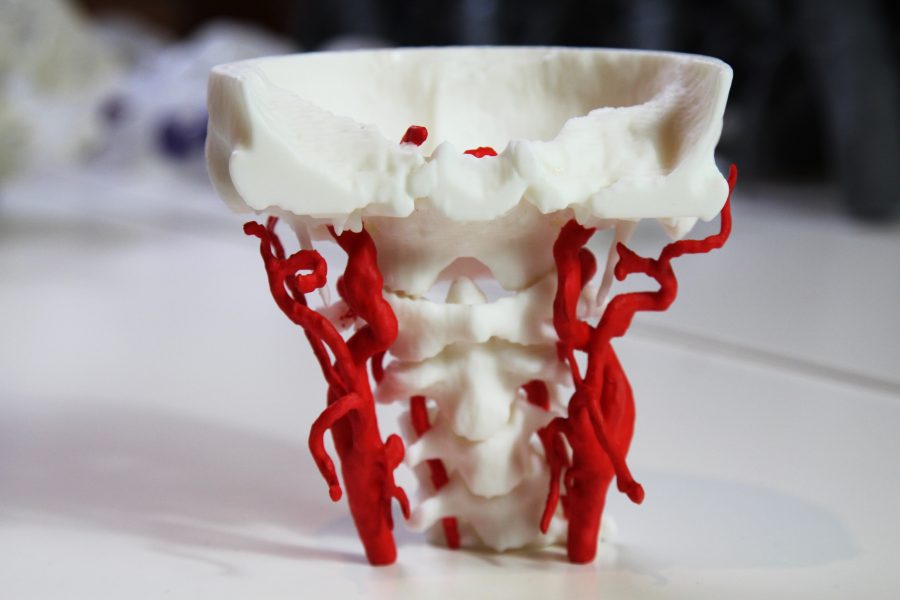 William Golden Sr., 44, had been to the Emergency Room several times, suffering from severe headaches. A CT scan revealed not an infected sinus cavity, as previously suspected, but a dangerous cerebral aneurysm in the patient's head.

Dr. Matthew Lawson, Neurosurgeon and Stroke Medical Director at Tallahassee Memorial Hospital, had a 3D model created of the bottom of Golden's skull, top of his spine and his brain aneurysm to better visualize his care. During the consultation, Mr. Golden was able to hold in his hand the 1:1 replica of his lower skull, cervical vertebrae and curling blood vessels, which helped him understand his diagnosis better.

Dr. Lawson explains: “For surgeons, these 3D replicas are helpful in seeing the exact curvature of blood vessels, their proximity to other brain structures, and importantly, to explain clearly to patients what is involved.”

An angiogram also revealed that the patient had a dissecting pseudoaneurysm, where the inner wall of the vessel had failed, and only thin connective tissue was keeping the entire vessel from hemorrhaging into the brain. Having consulted with several surgeons around the U.S., Dr. Lawson decided to use a device called a ‘Pipeline’ stent, which would ‘by-pass’ and ‘wall-off’ the ruptured area allowing the aneurysm to clot and heal on its own.

Mr. Golden was to stay on blood pressure medication and be monitored for the next four years while following a healthy diet and and lifestyle. 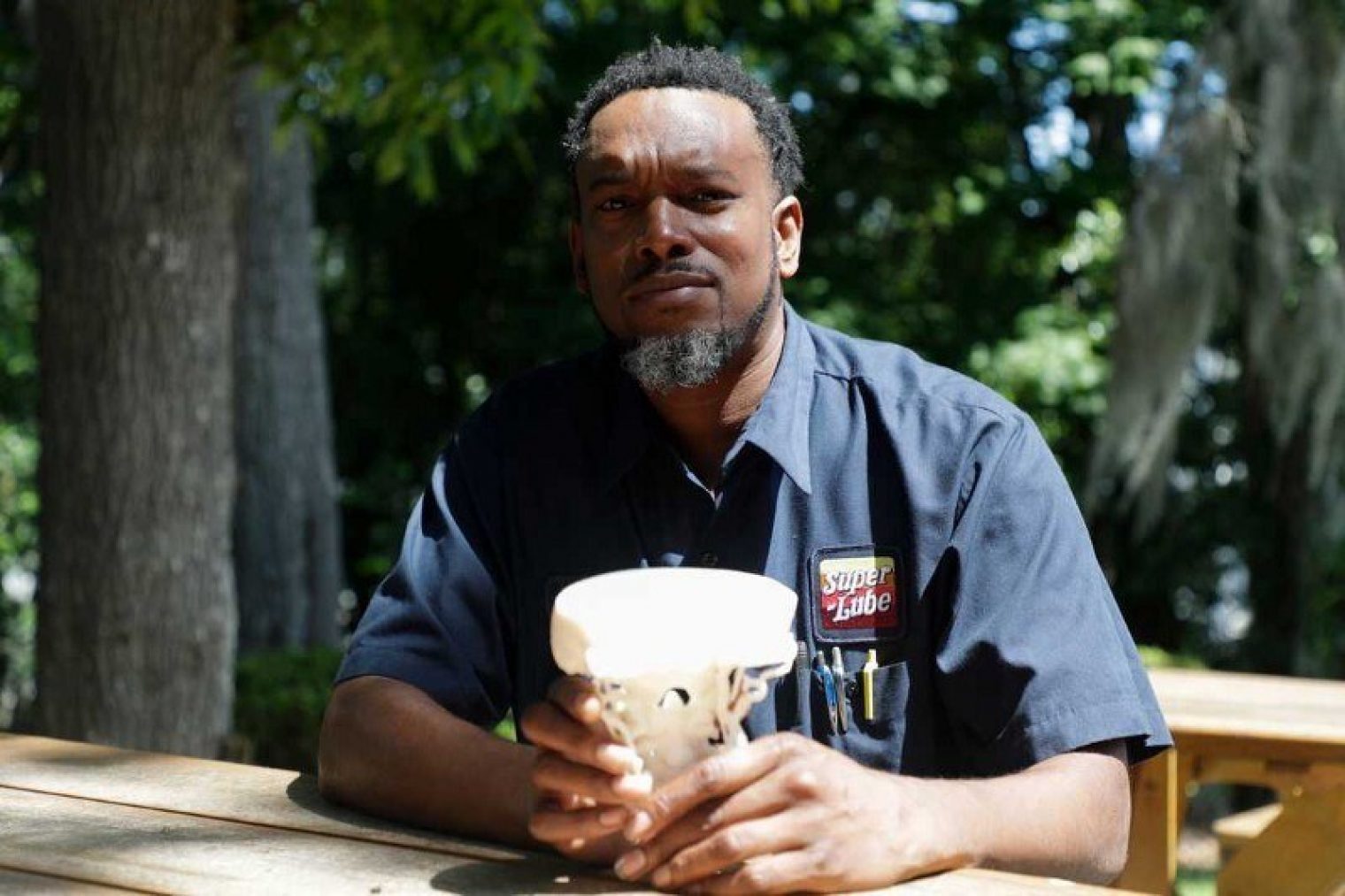 You can read an article about this case on Tallahassee.com.

Up next: Intracranial aneurysm surgery aided by 3D printed model

Have an existing or previous complex case? Request a patient-specific model of your patient's case to dramatically improve care at your facility.

Case A 77-year-old female presented with a large basilar arterial aneurysm. The CT images used made…

The Case A patient presented with a large cerebral aneurysm. Ahead of surgery to place a stent into…